Quality You Can Trust

The University of Cambridge’s ‘new’ David Attenborough Building at its New Museums site is the result of a £40 million refurbishment of the former Arup Building originally completed in 1971.

Home to the Museum of Zoology and previously to laboratories for the Department of Materials, Science and Metallurgy and Zoology, the brutalist-style five-storey building was one of the worst-performing in the university’s estate. It had no insulation, single glazing, numerous cold bridges and poor accessibility. The Architects’ creative redesign has transformed the iconic structure into an inclusive and energy-efficient global centre for conservation and biodiversity.

Connect Scaffolding provided a full access package both internally and externally with a Layher Keder XL temporary roof to provide weather protection during the works, at the time this was the largest temporary roof structure in Europe.

There are lots of challenges when working in a city centre, the surrounding buildings and thoroughfares remained live and occupied throughout this project, crane access was also not possible.

Finding a suitable tie solution was a challenge, scaffolds are generally set with ties on a 4m x 4m grid, but that wasn’t possible in this case. A common solution to overcome this is to use buttressing, but again due to the restricted area at the base that also wasn’t possible. The Connect Team worked with Kier and Layher to come up with a solution using RMD Soldiers and prefabricated steelwork to form a series of box ties around the columns for the load transfer.

The Temporary Roof  was assembled by hand from a wide-stepped gable, roof truss components were raised by one of three GEDA Hoists and fixed in position at one gable end, before being rolled out on wheels set on a scaffolding track to create space for the next truss to be assembled. Once fully installed the Keder XL sheeting was then pulled across the roof one bay at a time to complete the structure.

Connect’s team worked closely with Kier and Layher throughout the project, it was a real collaborative approach which makes problem solving that much easier and working together more enjoyable.

Have a project coming up?

Send us an enquiry 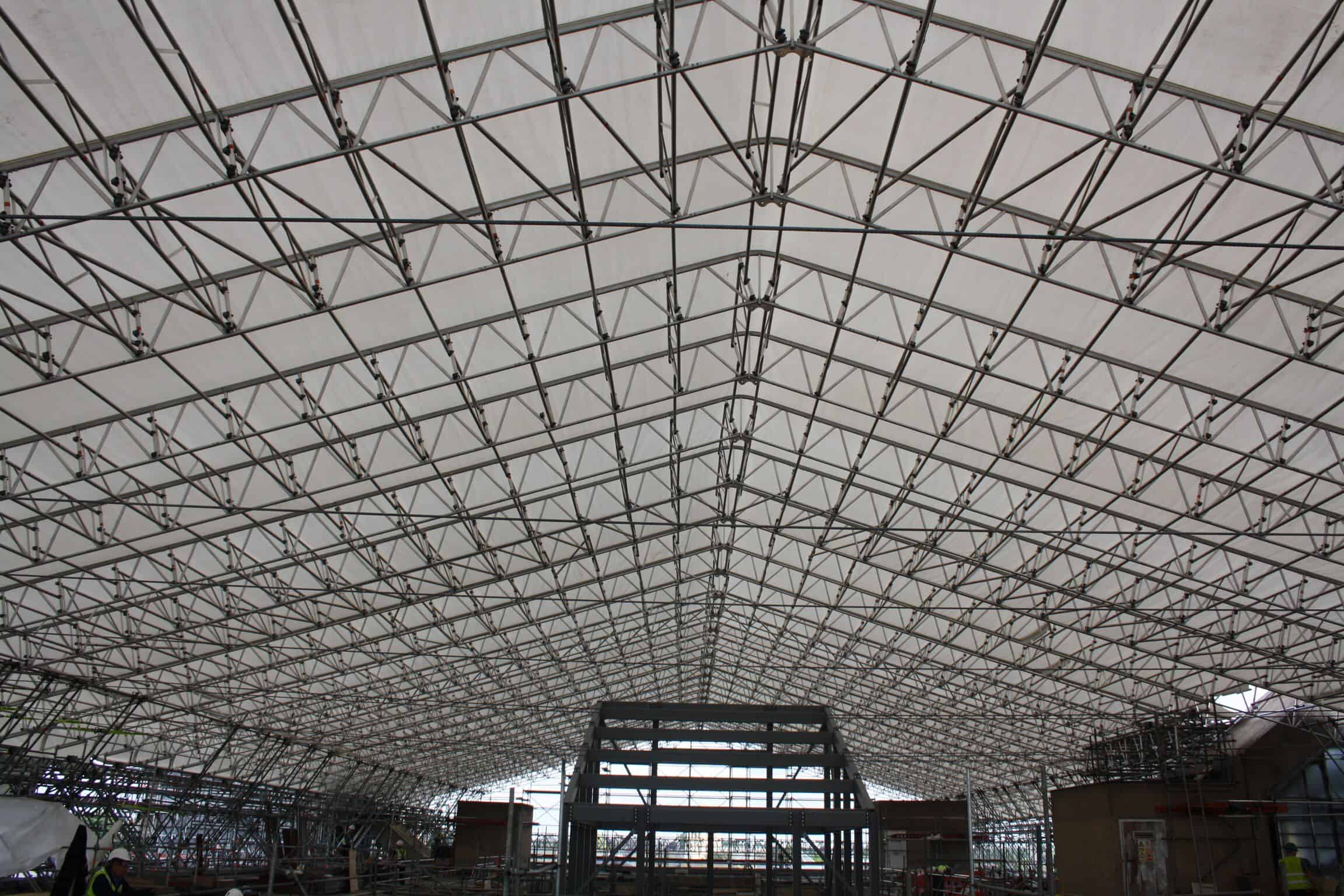 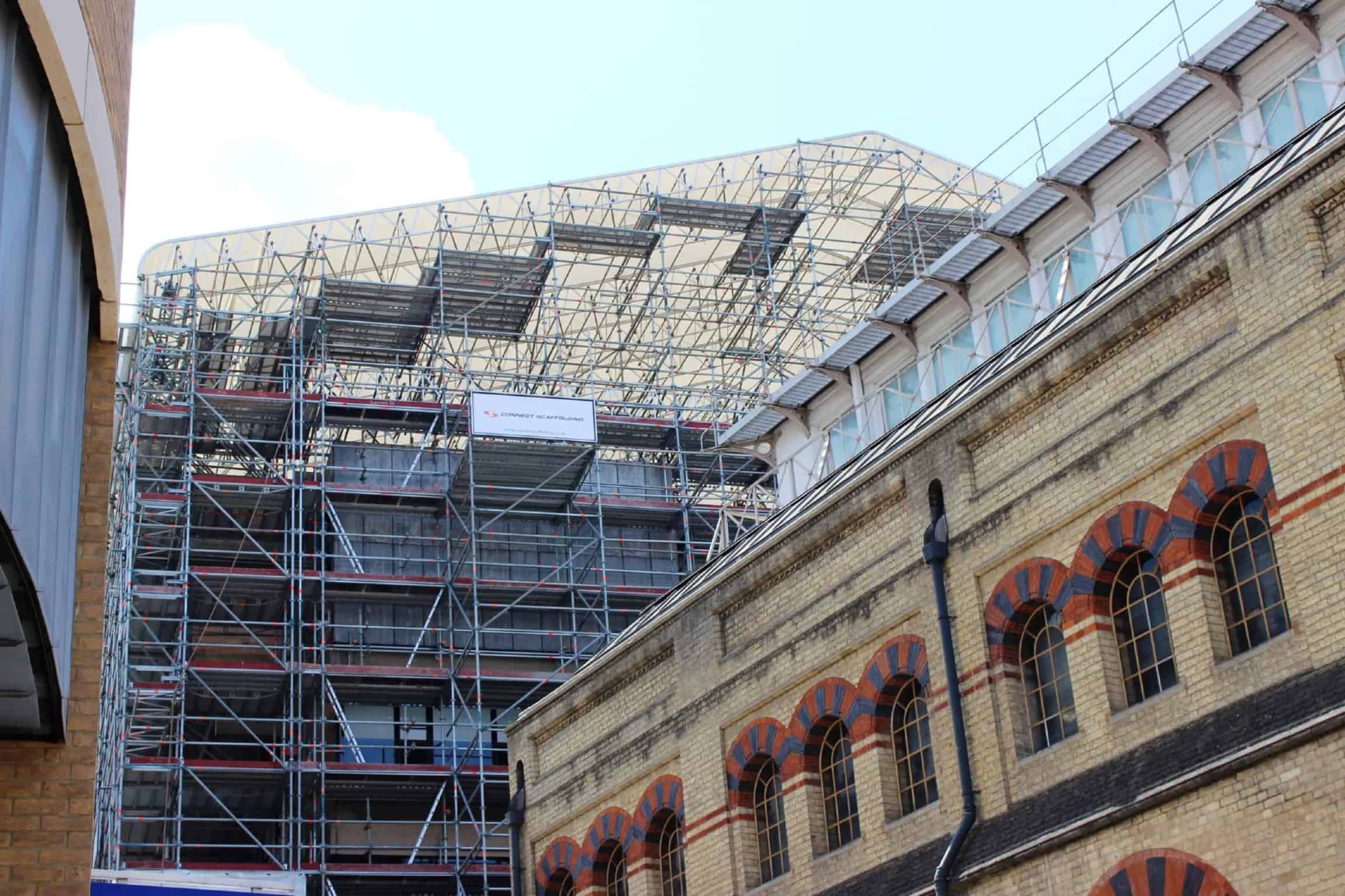 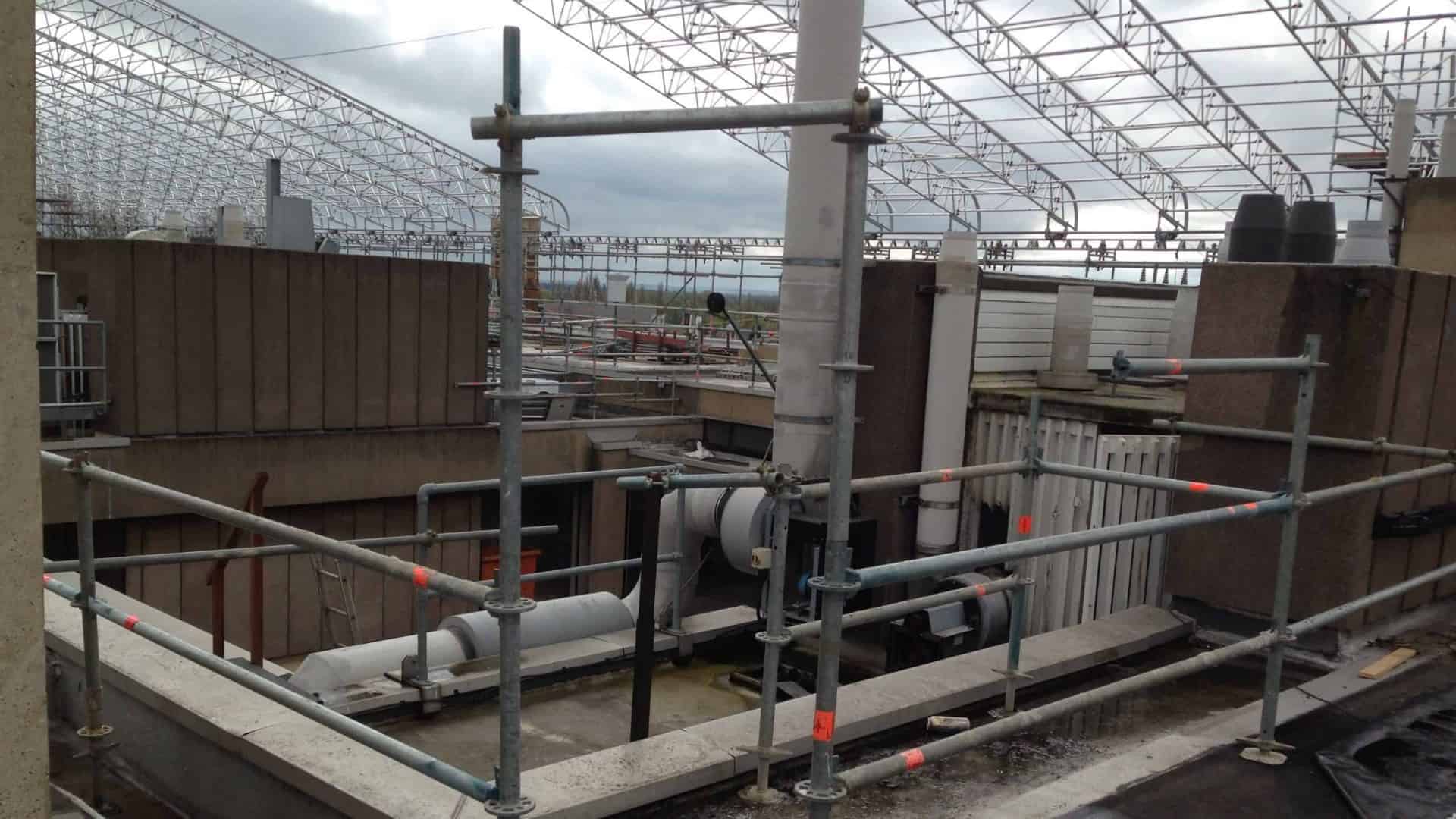 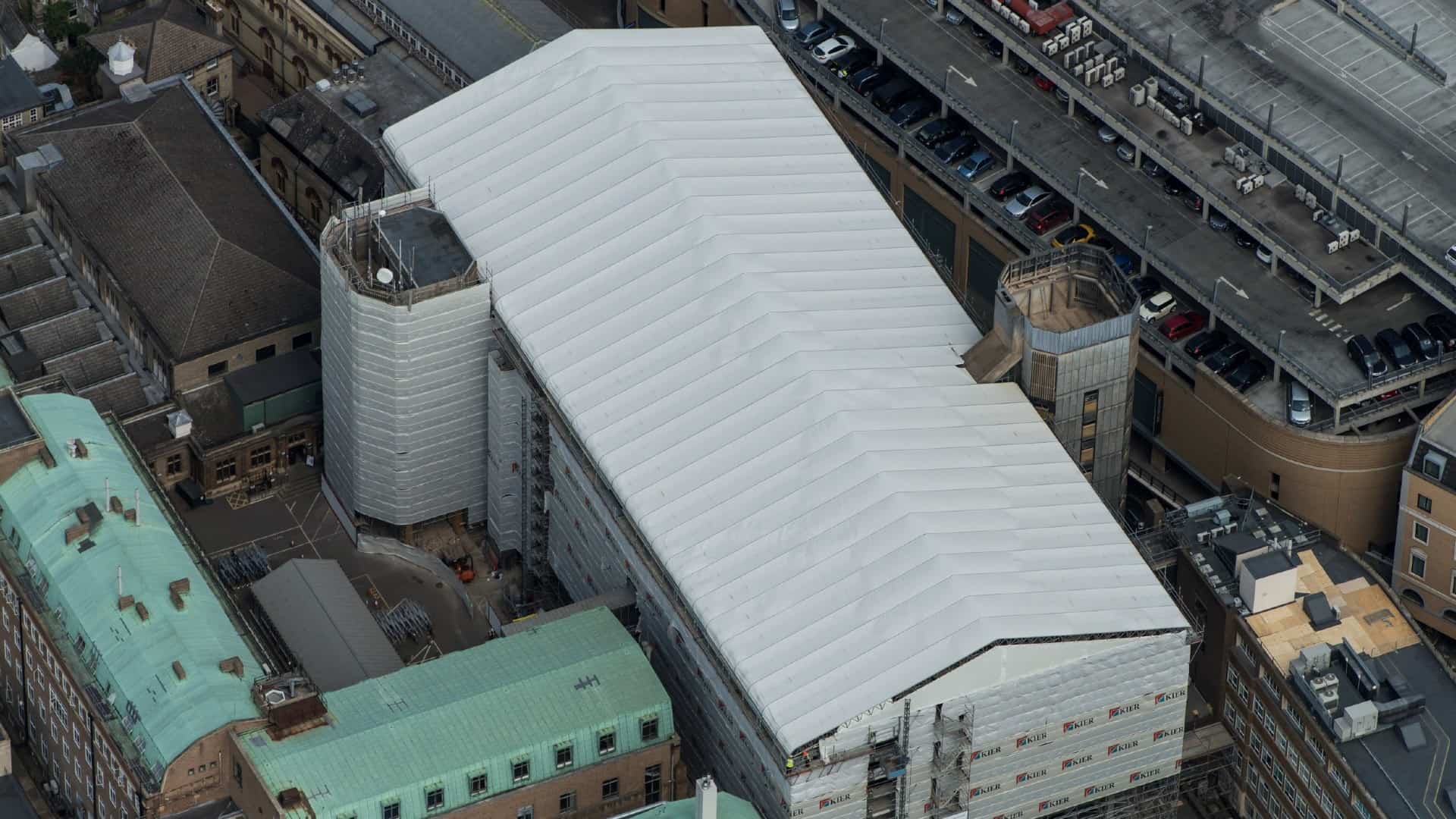 Quality You Can Trust

Helping to make the most of England’s Heritage

From the Ground Up